Toth, 20, who jumped up to fourth place in the world after his career-making performance at the Worlds, showed once again that he means business on the senior stage to move up one place on the World Ranking List. World number 30 Kukolj was considered by many as a rank outsider at the start of the day but took a richly-deserved first Grand Prix medal after Toth narrowly defeated him by a yuko from countering a half-hearted attack on the edge with a foot sweep.

In the first semi-final Toth had a tricky assignment against two-time European bronze medallist Karolis Bauza (LTU). The young Hungarian was far busier than Bauza and profited from the Lithuanian being unable to really get to grips with him before losing out by ippon. In the second semi-final Kukolj bested Baku Grand Slam silver medallist Noel Van ‘t End. In an absorbing tussle, the contest just ran away from a physically spent Van ‘t End who was thrown with uchi-mata for ippon with 90 seconds left.

The first bronze medal was awarded to Van ‘t End after he defeated Boras European Cup bronze medallist Joakim Dvarby (SWE) after 66 seconds. Dvarby will have to bid for his first Grand Prix medal another day after tapping out after 14 seconds in osaekomi-waza as the Dutchman restricted his opponent’s movement by holding him with a neck crank. The second bronze medal was captured by Bauza who defeated against two-time Junior European Championships bronze medallist Mihael Zgank (SLO). Both judoka were penalised for passivity after 90 seconds before Zgank infringed again for the same offence. Bauza scored with a sumi-gaeshi for waza-ari and made sure by adding a second waza-ari to clinch the final place on the podium with 29 seconds left. 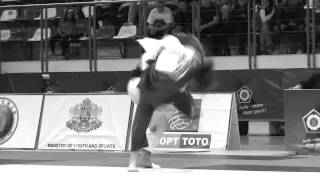 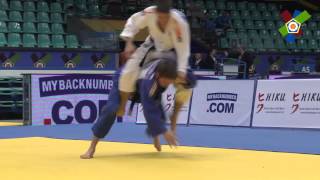 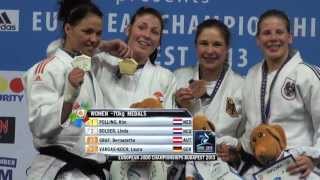