The best athletes will again be present on the tatami of the Tokyo Metropolitan Gymnasium, this week for the last IJF event of the 2016 calendar. Judo, Japan and Tokyo, these three words perfectly link together as the next Olympic and Paralympic Games will take place in the Japanese capital in 2020.

But before that, judo will regularly return to its homeland as, in addition to the annual Grand Slam, the All Japan Judo Federation will also organise the World Championships in 2019 in the mythical venue of the Budokan which in 1964 hosted for the first time judo at the Olympic Games.

The experts of World Judo previewed the men’s division in Tokyo for you.

Rio 2016 Olympic bronze medallist Takato Naohisa (JPN) is back in action on Friday as the 23-year-old former world champion will aim to retain his 2015 Tokyo title. Tokai University’s Takato will have his hands full with former world silver medallist Dashdavaa Amartuvshin (MGL) among Asia’s best while Felipe Kitadai Felipe (BRA) – who produced a sensational flying juji-gatame at this event a year ago – leads the way for the Pan Americas and European champion Walide Khyar (FRA) will lead the charge for his continent.

Rio 2016 Olympic champion Fabio Basile (ITA) showed moments of brilliance and flair before the Games but few expected what came next as he had one of the greatest days in the history of Olympic judo. Unseeded Italian Basile, 22, has never won an IJF event and yet won four of his five contests in Brazil by ippon including the final over world champion An Baul (KOR). Basile has deservedly landed numerous endorsement deals and is a hot commodity in the Italian media but his stunning victory has assured that he will be one of the most studied judoka in the competition and fans will be keen to see the Olympic champion in his gold backpatch for the first time. Tyumen Grand Slam winner Abe Hifumi (JPN) is the most talked about teenager in the sport and the Tokyo 2020 candidate will be hopeful of repeating his 2014 win at home if he can overcome judoka such as double world silver medallist Mikhail Puliaev (RUS) who suffered a second round exit in Rio.

Rio 2016 Olympic champion Ono Shohei (JPN) misses his home event with an ankle injury and will need to wait until 2017 to wear his new gold backpatch for the first time. Rio 2016 Olympic bronze medallist Dirk Van Tichelt (BEL) was one of the big winners in 2016 with an unexpected podium in Brazil as he eliminated world bronze medallist An Changrim (KOR). The Belgian will be restored to IJF World Judo Tour duty in Japan as World Judo Masters winner and top seed Hashimoto Soichi (JPN) is the judoka with the most to gain and should be fighting for a place on the podium.

Rio 2016 Olympic bronze medallist Nagase Takanori (JPN) looks set to vie for top spot in Tokyo. World champion Nagase is the number one seed and will be confident of reclaiming the title he won in 2013 and 2014. A lot was expected of European bronze medallist and IJF supported Ivaylo Ivanov (BUL) and he gave his all to finish seventh on his Olympic debut. The 22-year-old could be a totally different force in this city in 2020 and will be eager to make an impression on his Japanese debut.

Rio 2016 Olympic bronze medallist Gwak Donghan (KOR) is the number one seed in the -90kg category. The Olympics did not go as planned for South Korea but world champion Gwak again showed that he is a big stage performer and will need to be at the same level to shine at the Tokyo Grand Slam. Abu Dhabi Grand Slam silver medaliist Axel Clerget (FRA) missed out on selection for Rio 2016 but is the top-ranked Frenchman at this weight and fittingly starts his Tokyo 2020 quest in the same city. Paris Grand Slam winner Nishiyama Daiki (JPN) will be a major contender at home and will fight along with World Judo Masters silver medallist Khusen Khalmurzaev (RUS).

Rio 2016 Olympic bronze medallist Cyrille Maret (FRA) could dictate the -100kg category on Sunday. Three-time Grand Slam winner Maret will aim to tower over the world-class opposition on the last day of IJF World Judo Tour action for 2016. Qingdao Grand Prix winner Kirill Denisov (RUS) eased into his new weight category two weeks ago in China and will be there or thereabouts at the fifth Grand Slam of the year as his power looks set to transfer into the -100kg category with immediate effect.

Top heavyweight seed Shichinohe Ryu (JPN) needs to win to re-establish himself as Japan’s number one heavyweight having twice lost in World finals to Riner and therefore was overlooked for the Olympics in favour of the injured Harasawa Hisayoshi who fought the Frenchman for the first time in the Rio 2016 heavyweight final. Russian great Alexander Mikhaylin (RUS) has shocked judo fans by announcing a comeback for the Tokyo Grand Slam having retired in 2014. The three-time world champion and London 2012 Olympic silver medallist, 37, feels he is still ahead of Russia’s current crop of +100kg judoka and is as well-placed as anyone to challenge Riner. Mikhaylin won the Russian Championships on his return in September and will now be a fascinating opponent for Japan’s top heavyweights in Tokyo. 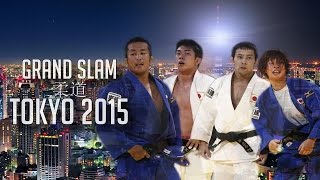 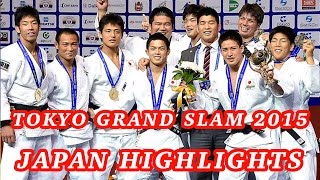