Judo goes into the depth, as one of the first sports judo integrated the video referee, but also in the analysis judo gains ground. Also more and more online platforms are developing to manage your own data as an athlete. One of those new brands in the market is Athlete Analyzer founded by Swedish judo fan and entrepreneur Nicklas Björklund. Try your free video analysis today!

Björklund is always busy with judo as a fan, father, coach at Borås Judo Club. The club is one of the most prominent clubs in Sweden. Like everyone he was tweaking how to discover and manage strengths and weaknesses of judoka. With this idea he developed an online platform Athlete Analyzer for judo and meanwhile many other sports.

Björklund: We have several known judoka as Lars Adolfsson who was fifth at the 1992 Olympic Games Barcelona. And most people will remember our current Head Coach Gabriel Bengtsson.

In 2013 Bjorklund felt  the need to organize the analysis of judoka. Our club and probably most other clubs need a system for collaboration between coaches and judoka for systematic analysis and training planning/follow ups. Björklund is CEO of an IT company and saw the opportunities.

“Like many other clubs we tried several ways to simplify contest reports from the judokas in order to get sufficient data for analysis of the judoka’s strengths and weaknesses. This was done with tools like excel and google sheets and more. When  our coaching staff received the data it took a lot of time to actual do the analysis. Our judoka in the national teams got their training plans from the national coaches in word/excel documents and they were supposed to report their training efforts in excel on a monthly basis. The collaboration between the coaches in the National teams and the club head coach were managed by phone and emails and the other club coaches were often not updated on the plans for the athletes. Sometimes the athletes had different advices from the coaches around them, creating some confusing and unclear goals. That wasn’t a good way to create the best possibilities for our athletes and it had to be improved.”

Björklund contacted the Swedish Judo Federation and decided to start a project. There were no limitations, it had to be the best of the best and created THE tool for coaches and athletes in judo. “We’re constantly improving the system and will not finish the development. By now we have a product that satisfies most needs for coaches and athletes but now the creative part begins were we will be focusing on changing the way coaches analyse their judoka in the future applying real evidence based coaching. The Swedish National Teams have used the system for one and a half year now and we have most larger Swedish clubs as customers as well. The system is currently spreading into the Nordic countries and we’re starting to approach the global market as well. JudoInside gives one extra month subscription for free if you subscribe for a year. You can subscribe as judoka or as club. Try athlete analyzer here.

Coaches can book an own free demo so they discover the immediate benefit. 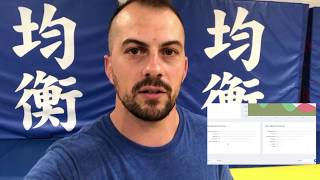 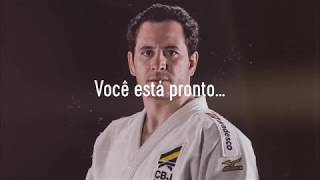 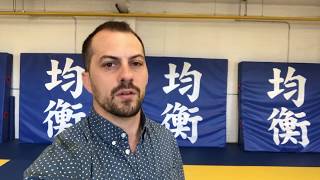 4 Jul 2018
Part 1: How to do Judo Video Review in Athlete Analyzer
All videos
Related judo news All news