Alice Schlesinger is in a big fight with the Israel Judo Association (IJA) to recover her career after the Olympic Games in London.

What happened? Each side has seemingly got its own version of everything that has taken place since the end of the London Games.

It all began a few days after the Olympics in a fateful meeting between Schlesinger and IJA chairman Moshe Ponti.

There are many versions of what actually happened in the room. Schlesinger claimed last week that Ponti told her that no matter what she achieves he will make sure she won’t take part in the Rio 2016 Olympics, something the IJA vehemently denied.

Schlesinger said that she was ordered to put on weight so that she can move up to the under-70 kilogram weight class in order to make way for Yarden Gerbi in the under-63kg.

Schlesinger has been coached by Pavel Mosin since she was a teenager and the two also became romantically involved several years ago, announcing their engagement in 2008.

Therefore, it is of little surprise that the IJA’s decision to slash the salary of Mosin and demand that Schlesinger conduct most of her training with the new head coach of the women’s national team, Shany Hershko – who coincidentally or not – is also Gerbi’s personal coach, was received with such outrage by Alice and her partner.

“The IJA has decided it no longer has any use in me and has already determined who is going to represent it in Rio 2016.” - Schlesinger said.

She also appealed to the IJA to release her from the federation so she could represent another country, but the IJA refused to grant 25-year-old athlete to find another country which is interested in her services.

“My battle today isn’t just about me,” she said

“They told me not to fight the system, because I’d have no chance, but they’ve tossed me out in the most unfair manner possible. Every athlete needs to know that he can fight when something isn’t right – even if it costs me my career."

Meanwhile Schlesinger became World Champion in Sambo and in Kurash.

Alice didn't quit judo, she is having the worst moments of her life,  trying to save her judo career. 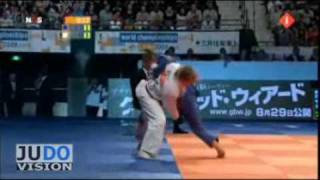 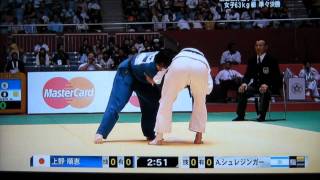