The Brazilian Judo Federation has unveiled the team for the Olympic Games in Rio de Janeiro. Most of the team was known, but some decisions had to be taken in regard to the categories for men U60kg, U100kg and +100kg. In the men’s lightweights Felipe Kitadai was chosen over Eric Takabatake.

Kitadai had the better results over the last few months, where Takabakate had some weak performance in Düsseldorf, Tbilisi and Samsun and Kitadai won the Pan American title. Almost equal the Brazilian technical staff opted for the Olympic experience of Kitadai.

Charles Chibana didn’t have too much competition U66kg, same for U73kg for Alex Pombo and U81kg for World #7 Victor Penalber. Tiago Camilo is going for his fourth Olympic Games and perhaps third Olympic medal. Silver in Sydney, bronze in Beijing and fifth place in London, he knows it’s possible although the competition is amazing U90kg. A hard choice was made between Rafael Buzacarini and Luciano Correa. Nine year’s younger Buzacarini has the future, Correa more experience, but Buzacarini reached a final twice this year in Samsung and Almaty. Correa won silver in Sofia which didn’t deliver him many points. Buzacarini was selected.

Also in the men’s +100kg category Rafael Silva had the best sprint with gold in Lima and Buenos Aires and most convincing gold at the PanAm Championships. David Moura had good results in Sofia, Grand Slam of Paris and seemed to take the position, but the sprint of Silva was typical for Olympic athletes who know exactly when they need to peak.

In the women’s division no surprises at all. The team consists of the same women as in London taking two medals, gold for Sarah Menezes and bronze for Mayra Aguiar. Now Aguiar is the 2014 world champion and just like Menezes and Erika Miranda the number four of the world. With these three top aces and with Penalber and Rafael Silva Brazil has five seeded athletes in Rio. With 2013 World Champion (in Rio) Rafaela Silva and Maria Suelen Altheman Brazil has the ability to equal the 2012 record of one gold and three silver, which seems to objective. It would be amazing to achieve the same. One gold medal is for sure the aim of the Brazilians. Vamos que Vamos! 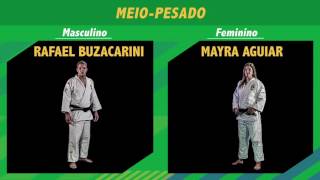 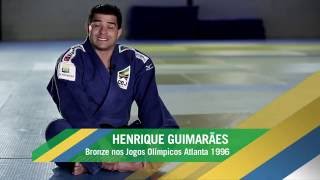