After almost four years of qualification where IJF awarded prize money for the medallists in the IJF Tour Kim Polling was the most successful in the prize tournaments. The Dutch power woman won 56,500 dollar prize money. However she has the turn in 20% to the coach, delivering 45,200 dollar since her first success at the Grand Slam in Paris in 2013.

As Polling won her third Masters in a row, making 18,000 dollar, she just kept ahead of Urantsetseg Munkhbat with 56k.

The first after the Olympic Games was the Grand Prix of Abu Dhabi (now Grand Slam), although the prize money of the winner was 5,000 dollar, followed by the Grand Prix in Qingdao for the standard 3,000 dollar.

In the top 15 of top earners three athletes from Mongolia, two from France, but the rest is divided among various countries.

The top country is Japan with over a million dollar of prize money, followed by France and Russia.

Interesting is the huge number of women in the list of top earners likely as the quantitive competition is less than in the men's competition.

Just to balance the reality, 1329 after the first event in 2012 Polling made an average of 34 dollar per day. Although the prize money is welcome in our sport, it’s no comparison to other sports. Hopefully simplifying judo, a successful Olympic Games followed by increasing TV broadcasting, TV rights and better marketing should results in more revenue in the sport, starting by the individual athletes themselves by selling your unique proposition. 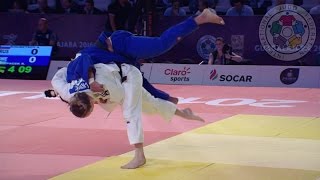 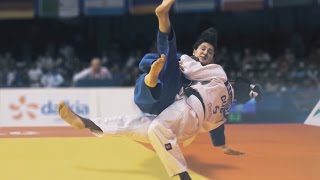