Inal Tasoev of Russia won his second European Cup this season. In Kaunas in Lithuania, the Russian junior defeated Fedor Panko of the Ukraine, the young European U23 champion. It says a lot about Tasoev and the Russian team that took seven gold medals of 16 available. With The Netherlands Russia is the most promising team this season winning 13 in total, these 7 mattered this weekend in Kaunas. The Podium U44kg for women was fully Russian.

Switzerland is an upcoming nation in the juniors with two titles for Nils Stump U66kg and Carina Hildbrand women U63, a competitive class. The Swiss didn’t win any title in a year, but Stump could prolong his title.

Germany won gold by Maximilian Heyder U55kg, Artem Lesyuk won gold U60 for Ukraine, Croatian talent Dominik Druzeta gold U81kg and Belarus are still progressing in the juniors with their strong men, Yahor Varapayeu took gold U90kg. This time the Russian women had the glory in Kaunas with 5 gold medals.

JudoInside brings you the details towards the European Championships in Malaga in September. Watch the best countries this season 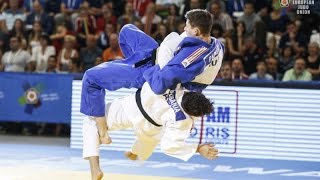 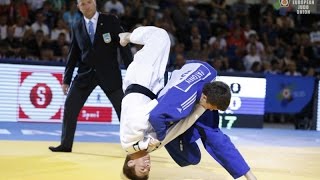 16 Sep 2017 20:15
Slovenia cheers for one single European title for Klara Apotekar
All news