The first event of the Olympic year may give us an interesting insight in the potential Olympic medallists. The first event of 2012, the previous Olympic cycle was the World Masters in Almaty. It was there when Arsen Galstyan (RUS) defeated the undisputed favourite until then, Rishod Sobirov (UZB). Also on the podium U60kg Hiroaki Hiraoka who also captured a medal in London’s Olympic Games.

In Almaty Masashi Ebinuma captured bronze. Mansur Isaev won gold U73kg where Wang Ki-Chun won the World Masters, at the Olympic Games he was defeated by Isaev and suffered an elbow injury, and lost the battle for bronze.

In Almaty in 2012 Masashi Nishiyama won the gold, in London he won bronze and last week he announced his retirement.

+100kg Andreas Toelzer won bronze in Almaty and in London and Rafael Silva won the event in Kazakhstan and captured bronze later at the Games for Brazil.

In the women’s division Sarah Menezes was close to her later Olympic form but had to leave Fukumi Tomoko for her, who later missed the boat in London where Menezes won the gold. Her compatriot Matsumoto Kaori was stable and won both in Almaty as London, as only Japanese.

So a lot can be expected at the Grand Prix in Havana Cuba starting on Friday. 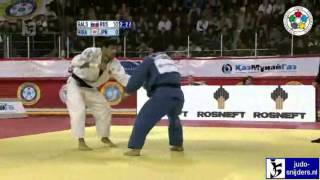 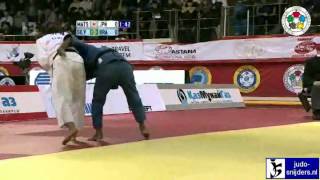 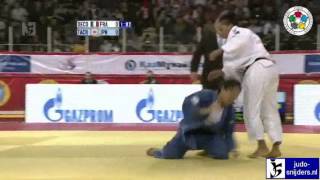